What is your preferred language ? 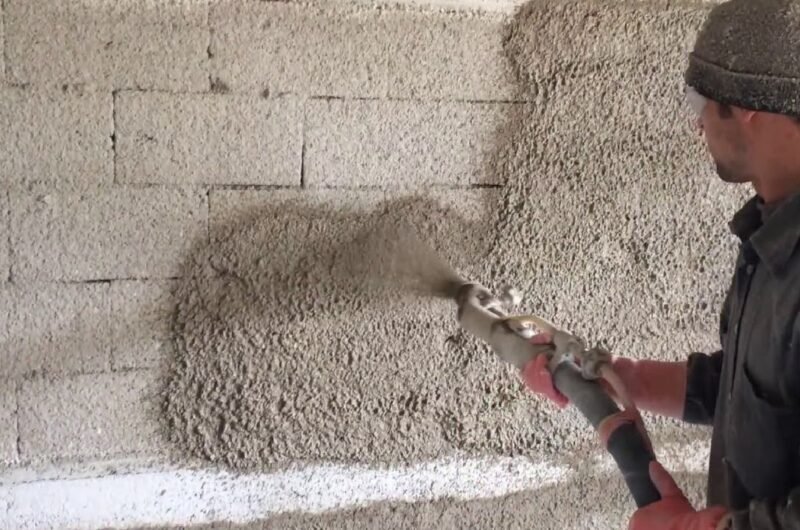 Spray plastering has become a must-do activity for a lot of property owners who know that having just a naked and plain drywall does not cut it, but functionally and aesthetically.

With plaster, a drywall that will be painted over will look sandy and downright rustic – in a gaudy way! An un-plastered wall that will be covered with wallpaper will result in a number of concerns later; because the material will retain paper once the wallpaper is changed and peeled off.

You will have no choice but to keep on layering your wall with one kind of wallpaper after another, even if the former layer has not been totally removed.For plastering to be done in an efficient manner, meaning in less time and fewer resources, commercial and even residential constructions have resorted to plaster spraying. This does away with the problem of having to hire a plasterer who does the procedure manually (a rare breed nowadays), and also having to spend a lot on plaster.

Traditional plastering is almost not done anymore because of the intense labor associated with it, as compared to a spraying a thin layer of plaster. The plaster used in spayed versions dries faster and is already available for painted after 24 hours, also depending on factors like humidity and ambient temperature.

Compared to traditional plaster, this is still multiple times faster as it would require weeks before a wall with traditional plaster it can be painted. Moreover, there is no danger of over-spray when plaster is sprayed, and there is no need to mix the materials because the sprayed plaster is already ready mixed.Spray plaster is best done by professionals, as it is an integral part of constructing a structure.

Moreover, it would be impractical to buy or rent the equipment to be used in the process, as they cost much and will only be used once anyway. One such piece of equipment is a worm drive pump, which has a large spray nozzle and uses a compressed air injection technology to expel plaster. For those who are insistent of doing the spraying by themselves, the process is relatively easy.However, it is still recommended for professionals to do the finishing touches, especially with the texturing, as professionals would be more skilled in making sure the final finish of the wall will be according to the owner’s specifications, either smooth or textured.Applying plaster by spraying could vary from one site top another. Usually a team of three people, one who will spray and two who will level the wall, can finish a single coat to a 300 square meter space within a day.

With the recommended three coat maximum for plasters, the job of spraying and leveling should be done in three days, after which, even if another day is set aside for the surface to totally set and dry, would still be a savings of 5 days of waiting when a manual plasterer is employed.

Product has been added to your cart